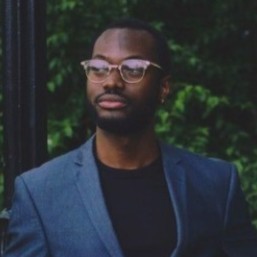 How Rho Is Getting 120-200 Appointments/month

I recently sat down and interviewed one of my Clients, Rho, who runs a boutique marketing Agency located in Boston,

Where he breaks down how his Agency is generating 120-200 Appointments every single month,

And the best part? He's not even taking the calls!

I not only helped him systematize his appointment generation process, but also hire an Appointment Setter and Closer to help enroll new clients for him, so he could focus on growing the Business.
‍

Here’s What We Cover:

1. How he used the "Scientific" approach to simplify his Agency down to 1 Core Offer - 1 Deliverable that is hyper scaleable.

2. Why he is crystal clear on servicing 1 specific Ideal Client and say's "NO" to clients who don't fit the criteria.

3. The exact process he uses to book 120-200 appointments every single month.

4. How he hired an Appointment Setter and Closer to fill his teams calendar and close deals without him.

5. How he used our "Assembly Line" approach to streamline his businesses front-end and back-end operations.

6. How he leverages the "Pre-Selling Mechanism" to 1-call close clients.

7. The key shift he made in Positioning his offer and message to stand out in the market place using the "Proprietary Method."

8. How he systematized and Optimized his team and looks it from a “Global” perspective.

Big Takeaway: “The First Principles - the tactics come and go, but the principles you taught I can apply forever.”

Rho, started his digital marketing agency 6 months back in October 2018...

Just like many "Social Media Marketers", Rho was reaching out to every niche he could find on the internet...

Basically, any business he can find on Google.

If the prospect was in Boston he would literally be driving to the meeting.

He would end the meeting with offering them a "Free Trial".....

He confessed at that time, initially, he was Delivering "average" results to his clients.

- any way to qualify the prospects before the call.

- He didn't know anything about his "proprietary method"

- He didn't know anything about the "2 call closing system"

Rho stumbled upon one of my Ads on Facebook.

and he revealed that at first he said to himself:

"There it is, another one of these G.U.R.U’s again"

you know, he started exploring other options...

Eventually, after a few weeks when he realized that his situation wasn't getting any better, in fact, it was getting worse...

He kept seeing my ads, then finally...

He booked a Strategy Session with me personally to talk about his situation.

Later he confesses in his Success Story Interview that, this was the Single-BEST-Decision that changed everything for him.

He was able to create Freedom, but more importantly, he said it created Financial Confidence and an Abundant Mindset.

Knowing that NOW, he does not have to worry about; "Where my next client is going to come from.." or "How will I pay my employees..." or even just if he will achieve his goals.
‍

But again, he was skeptical in the beginning,

He even gave me some resistance, "I need to talk to my wife..." "I have to look over my Finances..." Bunch of excuses...

So I told him straight up!

I'll provide you with all the tools, resources, guidance, support and strategies you could possibly imagine but its YOU who has to do the work.


"I'll lead you to the Water, but you have to get in the damn pool!"

Within little less than ONE MONTH in our program.

That's over $13,500 in Contracts (unfortunately, one backed out), but $9,900 in newly added Monthly Recurring Revenue!

As he revealed in his Interview below he actually had to stop the campaign because of massive volume of qualified appointments he was getting, just using LinkedIn.

Not only that, but Rho now has his Front-End & Back-End dialed in, so he can focus on Bringing on New Clients, having his Team fulfill on the Services, and making his Machine (Aka Business) fully Systematized where he can operate anywhere in the World. 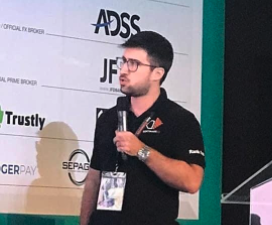 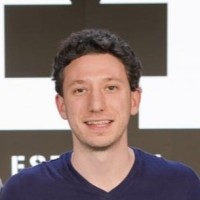 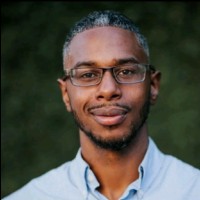